The time has come to hunt cormorants

The cormorant is no longer an endangered species, on the contrary, it has become so overprotected that it has become a plague to many, writes Søren Gade (V). 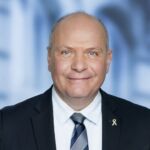 Member of the European Parliament
Deputy Chairman of the Fisheries Committee.

The cormorant causes great damage to the fishery for both anglers and commercial fishermen. It has been proven through many studies from home and abroad, and commercial fishers, anglers, nature lovers and academic experts all over the world have raised the alarm for a long time. Now is the time to take care of the situation.

The cormorant is a protected species in the EU Birds Directive since 1980. Since then, the population has multiplied, and the Danish Environmental Protection Agency estimates that we in Denmark alone have up to 30,000 breeding pairs. When there are most cormorants in Denmark towards late summer, the Danish Environmental Protection Agency believes that Danish waters host up to 250,000 of these birds!

It is in a way a very positive development. This is because it shows that when the European countries come together and seriously and purposefully set out to protect a species, it does not take long before the species is stabilized.

But that’s where the positive stops. The cormorant is no longer an endangered species, on the contrary, it has become so overprotected that it has become a plague to many. In the Baltic Sea alone, it eats 40,000 tonnes of fish annually. It is not an insignificant amount of fish that go down the beaks of these birds. This also helps to explain why the cod quota must now be reduced by 88%.

In addition, cormorants also affect the biodiversity that one is so keen to preserve. The cormorant does not distinguish between what fish it eats. Therefore, endangered species are also on the menu, such as grayling, houting and brown trout. To protect those species, we therefore need to remove the cormorant from the list of protected bird species.

In Denmark, you can get a dispensation to regulate cormorants at streams and fishing grounds. It is, of course, a step in the right direction, but it is clearly not enough. We need to work for the EU as a whole to recognize the cormorant for what it has evolved to be – a problem bird that needs to be pacified and regulated to a much greater degree than it is today. We have come to the point where we need to have a real hunting time on the cormorant.

This is something I know many of my colleagues in the European Parliament agree with, and I will use my position as Vice-Chair of the Committee on Fisheries to keep shouting about that matter. The cormorant’s protection status must be changed for the benefit of both fish stocks, biodiversity and fishermen.